We had been thinking about going to Machu Picchu for the last 5 years, but not once had the thought of doing the Inca Trail crossed my mind. I always figured we’d take the train. It was the easy option. Simple decision.

When my husband suggested that we do the four-day hike instead, my first reaction was a firm no.

I didn’t want to subject myself to back-to-back days of hiking. I had never camped and this was sure as hell not going to be my first camping trip! And if something could go wrong health-wise, I was (as I always am) going to be subject to it.

He simply said, “This is the only way we’re going to Machu Picchu. Your choice.”

I resisted for about a month before finally caving in. The destination would be worth all the pain and suffering, I had told myself.

Plus, he was confident I could do it, even though I wasn’t. That had to count for something!

In hindsight, the journey was really more rewarding than the destination. I thanked my husband for pushing me and for believing me when I didn’t believe in myself. If it weren’t for him, I would have missed out on the incredible journey that is the Inca Trail. 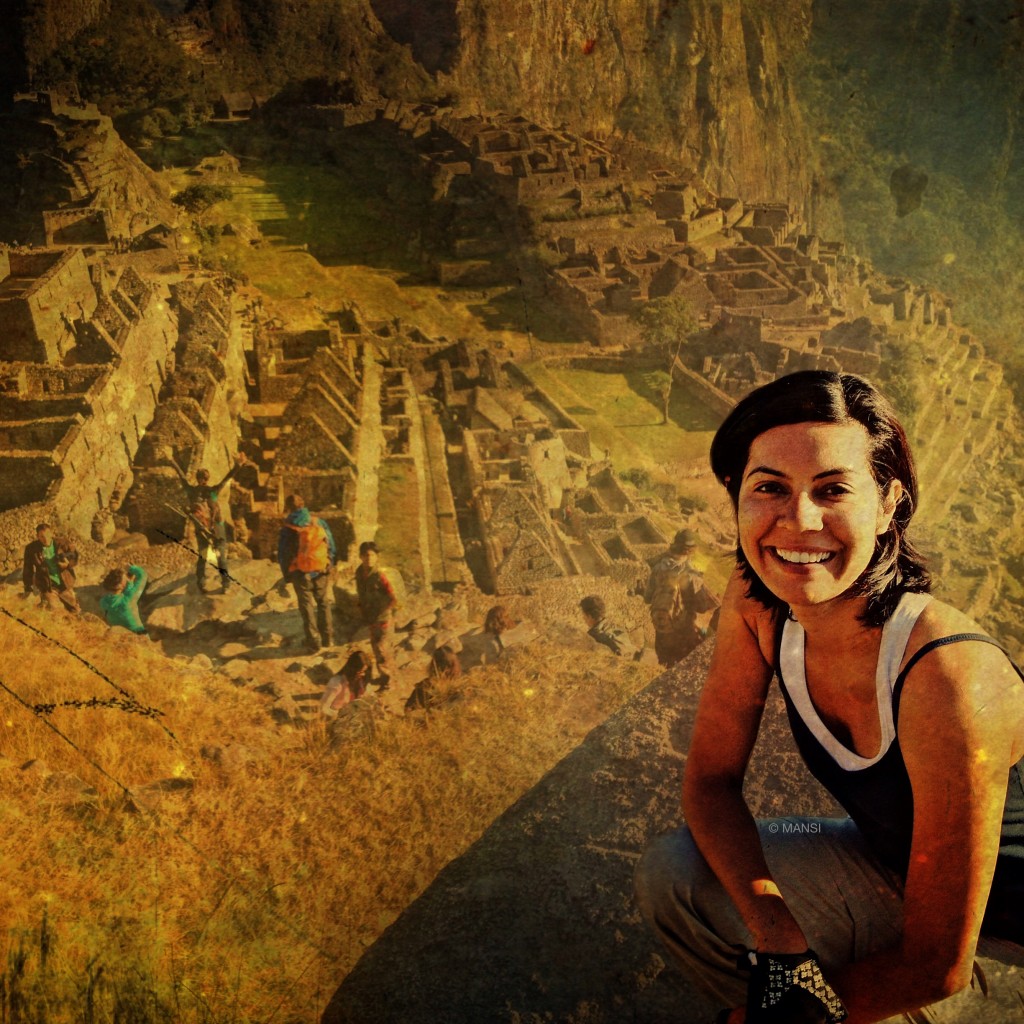 Enjoying the surreal moment with Machu Picchu in the background

Sitting there, with the first rays of the sun shining down on the 500-year-old site, I felt like a time traveler. I couldn’t imagine how those “little people” (I was taller than most Inca men) could build such a magnificent structure nestled within these imposing mountains.

It seemed unfathomable. But one only had to look closely at the architecture to know not only were they a hardworking people, they were also extremely intelligent.

When you’re watching TV and hear stories about 1,000 people living in this once-thriving city growing growing potatoes, maize, sugarcane, beans, peppers and tomatoes, it’s not easy to understand the scale of the operation. We looked like little ants amid those terraces. 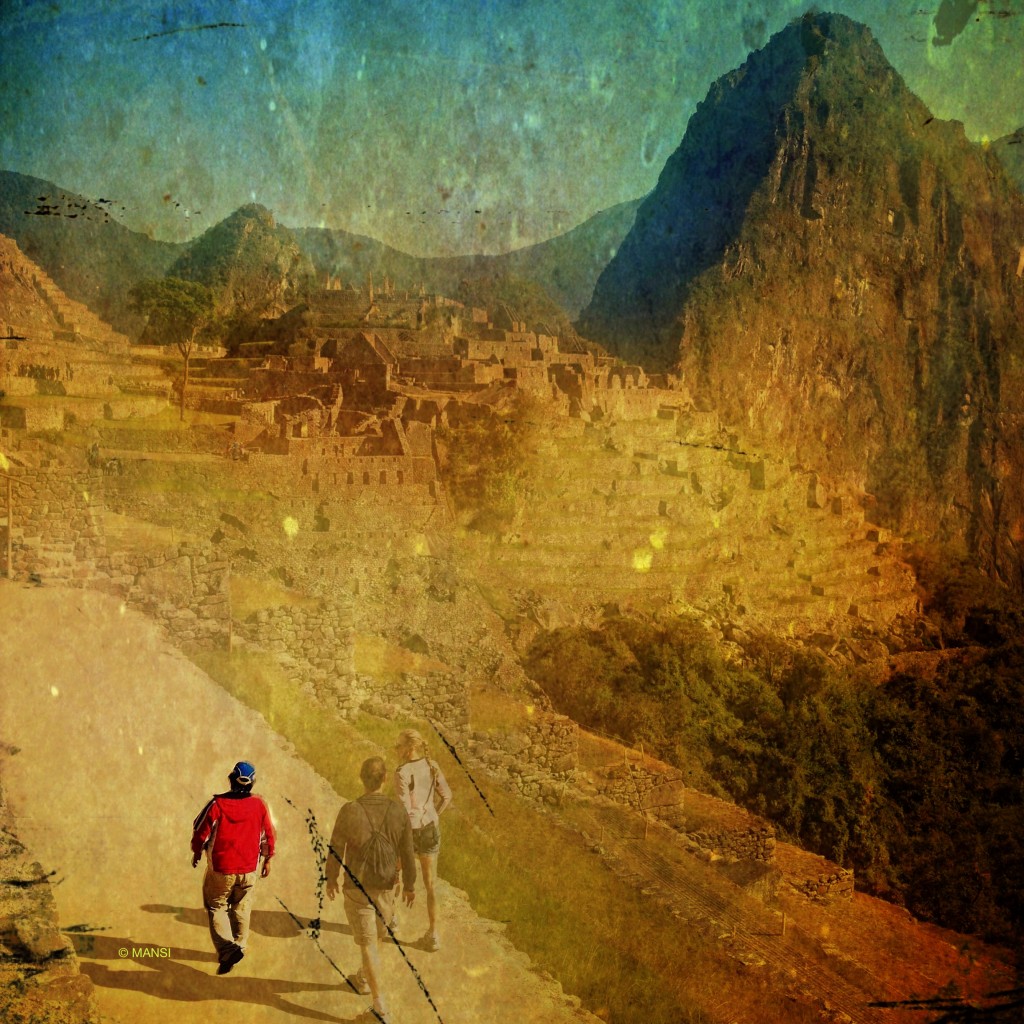 We had two hours to explore the famous Inca site

We had seen many Inca ruins along the way, but this one certainly stole the show in terms of its size. With more than 150 buildings ranging from baths and houses to temples and sanctuaries, Machu Picchu (meaning “Old Mountain” in Quechua language) was akin to any big city in modern times. 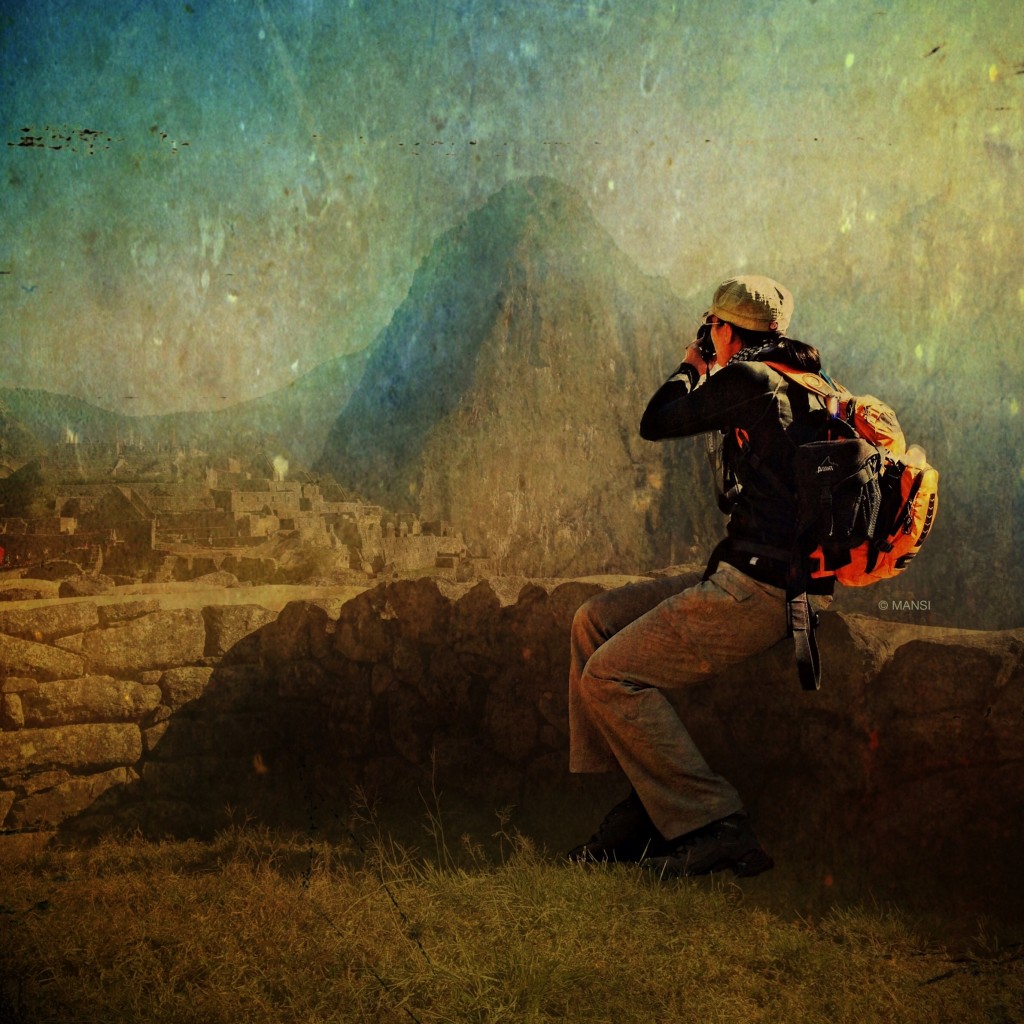 Preserving the here and now for eternity

We learned a lot of facts about the construction and theories about the techniques used; we marveled at the Incas’ knowledge of the equinoxes; we smiled when Roger showed us figures of pumas and condors (if you looked really carefully) in the stones.

But every time he pointed something out that made our jaws drop (like bringing the reed for the thatched roofs from the Sacred Valley), I’d go back to thinking: How did they manage to find this place, then create a path all the way from Ollantaytambo (75 kilometers or 46 miles way) … all the hard work that must have gone into building what became the Inca Trail … so that hundreds of years later people from all over the world would be amazed…

“They wanted gringos to suffer,” Franco had joked on Day 2 as we climbed down those steep steps. “That’s why they made them so high.” 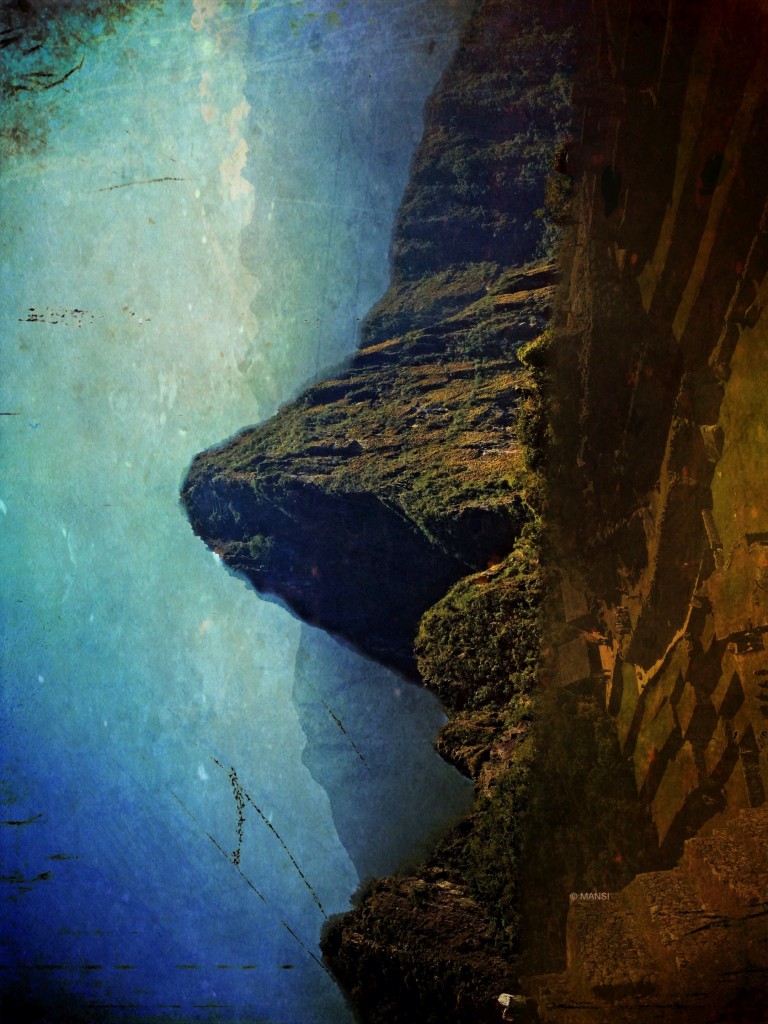 The outline of the Wayna Picchu mountain resembles a face

Even sitting there looking at the Sun Temple, I couldn’t help seeing the trail in my mind’s eye. It was probably unfair to Machu Picchu.

But when you hike the Inca Trail for four days, it becomes so much a part of you that there is a strange wistfulness at having completed it.

And having “other” people — and so many of them — around felt weird. So did the sounds of buses, people, hawkers and the train. Suddenly we were thrust into the throes of day-to-day life. Having spent the last four days in the jungle, this was going to take some getting used to.

Aside from the peace and quiet, I learned to appreciate the human spirit during this trip. Not only of those hardworking Inca men of yore, but of the porters, the cooks, the tour guides of today.

With only 500 people permitted to travel the trail every day, this had, indeed, been a privilege. I was also immensely grateful for the group we traveled with for those four days; despite hailing from different backgrounds and different parts of the world, we had seamlessly become one unit.

And I learned that the mind is a powerful thing. For three weeks prior to departure I had feared this trip. I imagined broken ankles, swollen knees, bleeding diarrhea, relentless nausea and vomiting, sitting in poop…the worst of everything.

This trip had presented the biggest mental challenge for me (the physical part was really not that bad), and I learned — only by doing — that one needs to go with the flow and look for the best in everything, not the worst.

4 days, 3 nights; my first camping experience ever; tens of mosquito bites; a mildly swollen knee; a sunburned nose. No regrets. Only gratitude at having had the chance to experience the Inca Trail.

While Machu Picchu was absolutely beautiful, walking the Inca Trail was truly the highlight of this trip. If you ever decide to embark on this journey, know that the challenges will be plenty, but the rewards plentier.