Living with Disabilities: Exploring the Self and the Other

Today, I share with you the introduction to a story I wrote in 2004 about two women disabled in very different ways … one a diabetic and the other a paralyzed stroke victim. Part 1 is not so much their story as mine…in the next three days, I will take you on their journeys and how they affected my life.

——- “How many children do you want to have?” asked my fiancé.

“None,” I replied instantly.

He smiled and nodded. But he was curious. “Do you know why?” he asked.

I hadn’t reasoned this out at that time. But I needed to give some answer to validate my emphatic and immediate response to his question.

So, I replied: “What if it is disabled? I would probably throw it away. I wouldn’t know how to handle it.”

“What if I had an accident tomorrow and lost a leg?” he shot back.

I could have reasoned that would be a different situation; that giving birth to an imperfect child is not the same as taking care of an impaired loved one; that producing an unhealthy baby would be a reflection of my own failure, my own shortcomings; that I was not thinking differently from anyone else – after all who would want a baby disabled from day one? I could have just said that was the first thought that came to my mind…it wasn’t really the real reason.

But I kept quiet.

If I could think of throwing away a baby that I carried in my womb for nine months, why would I stick with a man who had only one leg?

And what would I do with myself if one fine day I lost my “abilities”? What if I were diagnosed with multiple sclerosis or breast cancer, or had a stroke? How would I live with myself?

An arbitrary conversation during our courtship period had turned into an agonizing discussion that would lead to many sleepless nights.

Obviously, disability, as a concept, disturbed me.

In my conscious existence, I hardly acknowledged the stereotypical expectations entrenched within my mind.

But subconsciously, I held the same assumptions that are so commonplace in society.

I had never encountered disability first, second or third hand.

My grandfather had diabetes, but that was not considered a disability – all he had to do was have spinach salad with a glass of carrot juice when his sugar was high and he would be fine, just like any of us. 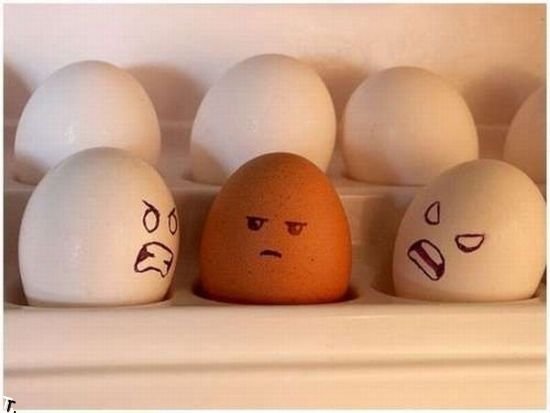 The disabled were the “other” for me and for many people I knew.

I didn’t identify with them, I wanted to have nothing to do with them, and I definitely did not want to be like them.

I had seen religious depictions of the disabled as suffering the wrath of God, and being punished for misdeeds that either they or their families had committed.

Certainly, they were something society could do without. Their helpless, pitiful condition only invited sad looks and comments.

And there was a reason for it. They were not normal.

I was content with this reasoning until my fiancé’s probing questions forced me to ask myself what constitutes “normal?” Who has defined this concept of “normalcy,” using what criteria? Would his losing his leg in an accident make him less normal than before the mishap?

That normalcy should be equated with the life conditions of the majority seems logical. That those outside that realm automatically become outcasts does not go down so easily, however.

Interesting question, but do I want to answer it? Probably not, because it makes me feel uncomfortable, maybe even scared – scared that if disability is recognized as normal then I, an able-bodied person, will belong to a minority and be judged negatively or even with contempt by those around me.

At the same time, I recognize that as part of a self-categorized “normal” majority, I’m among those perpetuating attitudes about the disabled as worthless, unattractive, hopeless, insecure – attitudes that I know would be targeted toward me were I to become disabled one day.

Is that a reality I am willing to face? Can I envision myself as helpless and dependent on others’ mercy?

I can probably see myself getting old and walking around with a cane – that is probably “normal.” You are supposed to become feeble and dependent as you age, but contemplating disability when I am still in my early 20s stretches it a bit too far.

As my fiancé pointed out, it could happen – any day. And then what?

To try and answer that question, I decided to give myself a choice.

If I were to become hypothetically disabled, I should at least have an option between a “mild” disability and a “severe” one.

Needless to say, these categorizations are self-determined.

Suppose I were to have diabetes, like my grandpa; that should be simple to deal with. But suppose a stroke were to dump me into a wheelchair for life. Now that would be difficult.

Thus, began my journey of self-discovery. Who would I rather be – Nancy or Bette?

Come back tomorrow to read more…

6 comments for “Living with Disabilities: Exploring the Self and the Other”